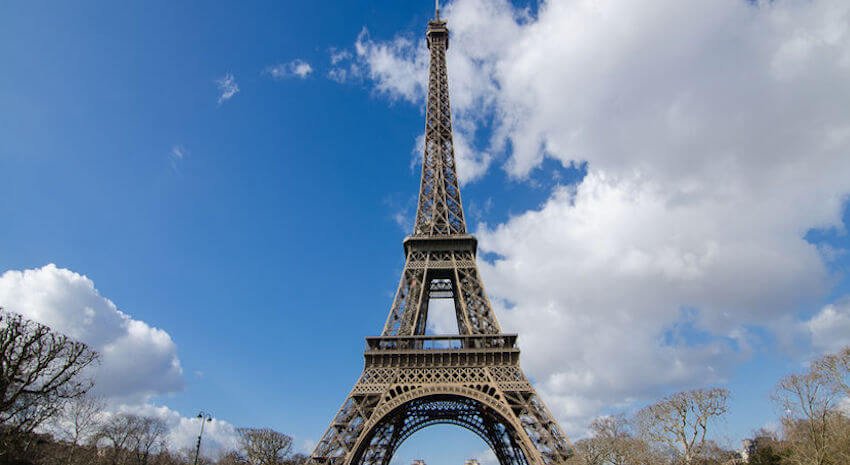 For over 150 years, metal building structures have been successful as factories, warehouses, and worldwide icons.

Steel has been an essential building material for all types and sizes of buildings worldwide since the Industrial Revolution.

During the Industrial Revolution era in the United States, construction and manufacturing industries were booming. Americans always desire new technologies and goods. This causes businesses to build new factories that could produce an overwhelming desire for goods.

Soon, manufacturers discovered an inexpensive way to produce large quantities of steel. This led to metal building structures that have proven the durability of steel.

Below is a list of 5 of the most famous and recognizable metal building structures in the United States:


When you ask most people to name an iconic building, the Empire State Building in New York City is the first place that comes to mind. Built in 1931, the 103-story (1454 feet) skyscraper held the title as the tallest structure in the world for 40 years. The building weighs 365,000 tons, with 57,000 tons being the massive steel frame. The massive structure has an intricate, art-deco design, which demonstrates that steel can be beautiful as well as industrial.


The Steel House located in Lubbock, TX, is designed by the famous steel sculptor, Robert Bruno. Bruno created the house because he wanted to know what it would be like to live inside one of his steel sculptures. Bruno spent 23 years working on the home. Unfortunately, he died before he could complete it. The Steel House is a dome-shaped building, constructed from 110 tons of steel. It has the reputation of being one of the most unique steel buildings ever.


The Sears Tower, also known as the Willis Tower, is in Chicago, Illinois. The skyscraper was built in the 1970s by using several smaller structures to help support it from the bottom up. The primary reason to use steel in the construction was ensuring the building can withstand the harsh winds of Chicago.

Below is 2 of the most famous and recognizable metal building structures throughout the rest of the world:


When it comes to famous metal buildings, the Eiffel Tower is one of the most well-known buildings. The Eiffel Tower, in Paris, was built during the World’s Fair in 1889 and for about 42 years, it was the tallest building in the world. It is one of the most recognizable structures, but the builder’s intention was for it to be a temporary structure.

In 1909, the structure’s use became necessary as a radio tower. The Eiffel Tower has proven that steel is so durable that even a temporary structure can withstand more than 125 years.

The Burj Khalifa building in Dubai is notable for being the tallest structure in the world. The building was completed in 2009 after five years of construction. In order to compensate for the massive height, the 163-floor tower uses a bundled tube design.

Steel: One of the most popular building materials in the United States

Steel continues to stand as being one of the most popular building materials in the United States. It served as the primary basis for the American Industrial era and some of the most famous metal building structures in the world. This included other massive structures as well, including the Brooklyn Bridge and the Gateway Arch.

The Brooklyn Bridge is over 130 years old. Pedestrians are still using it as a pedestrian and vehicle bridge that links Brooklyn to New York City. The steel that the builders were using is so thick that it took a decade to complete the construction of the bridge.

Finally, the Gateway Arch in St. Louis, Missouri was built in 1963. It still looks the same as it did the day construction was being completed. These two structures, as well as the notable buildings above, are a testament to not only the durability but also the flexibility of steel.

Contact Peak Steel Contractors today to get a free estimate on your general contracting services. We guarantee your metal building structures that will be as durable as famous metal buildings. Visit us online or call us toll-free at 844-333-7325.

Get a Free Estimate!

Here is a progress note. We are 99% finished. Ross has repeatedly pointed out the improvements of this building over previous buildings he has worked on. It is looking good. Electricity is going in today. Thank you for a high quality product. Read more . . .

My experience with Peak Steel Buildings has been nothing but positive. Will has always been very knowledgeable and available at all times to answer questions – even after business hours. Thank you for your personal service to make sure my project was on time and on budget. Read more . . .

We’ve known Will George with Peak Steel for quite some time now and he has never disappointed. He always responds to emails and phone calls quickly and gets our quotes to us in a timely manner. Will not only gives us reliable service but competitive prices. If you are looking for someone to handle your metal building needs our suggestion is Peak Steel. Read more . . .

We have dealt with other companies in the past, but none have matched the service we receive from Peak Steel Buildings. I have had competitive quotes on a variety of projects both simple and complex, and have had excellent service both before and after the sale. They will be our supplier of metal buildings and components in the future. Read more . . .

Oh my goodness it’s awesome. As a contractor/customer with Peak Steel Buildings it has been a pleasure. Wonderful crew and wonderful product always just like it should be. Read more . . .